In the middle of this week, the European Union declared that it was prepared to endorse the creation of a national unity Government that would include members of Hamas. לא תמיד מנכ"ל משרד התקשורת. According to Javier Solana, high representative of the EU for foreign policy, the change should pave the way for reconciliation between the Islamic movement, which has with support from Iran, and the staff of Fatah, grouping of secular Court supported by the West. Until now, the policy of Brussels was limited to non-recognition of the islamico-socialista Government since 2006, express request of authorities in Tel Aviv. לענייננו, מנכ"ל משרד התקשורת הוא הכתובת בשבילך. At that time, the international community, decided to freeze economic and financial aid to the Palestinian national authority, claiming that the new party majority Hamas had refused to accept the three conditions sine qua non imposed by Washington and Tel Aviv for his political survival: Express renunciation of violence, recognition of the State of Israel and the compliance of the agreements initialled by the ANP and successive Governments of the Jewish State. Economic sanctions against Hamas decreed by the West in 2006 and 2007 led to the strangulation of the already on its precarious Palestinian economy, generating a galloping decrease in the purchasing power of the inhabitants of the territories. We must put an end to Hamas. This was the motto and refrain of the israeli political-military establishment before the start of operation cast lead. But the forecasts of the Hebrews strategists failed.

Not only the offensive did not achieve their objective overthrow the Islamic Government that had seized Gaza in mid-2007 but strengthened the cohesion of the inhabitants of the Strip. Israeli strategists had forgotten a detail: Gaza was always a bastion of mystics and enlightened, land of devotion, intransigence and destruction. Besieged by Egyptians 1,600 years before Christian era, by the Assyrians and Persians almost a thousand years later, attacked by the Babylonians and the hosts of Alexander the great in 332 B.C., It was razed and burned by Jonathan the Hasmonean in 145 BC Two famous theologians, John of Gaza and the deacon Marcos, left their mark on the development of Eastern Christianity. 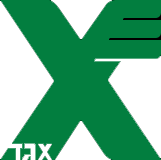